THE COLLEGES OF LAW BLOG 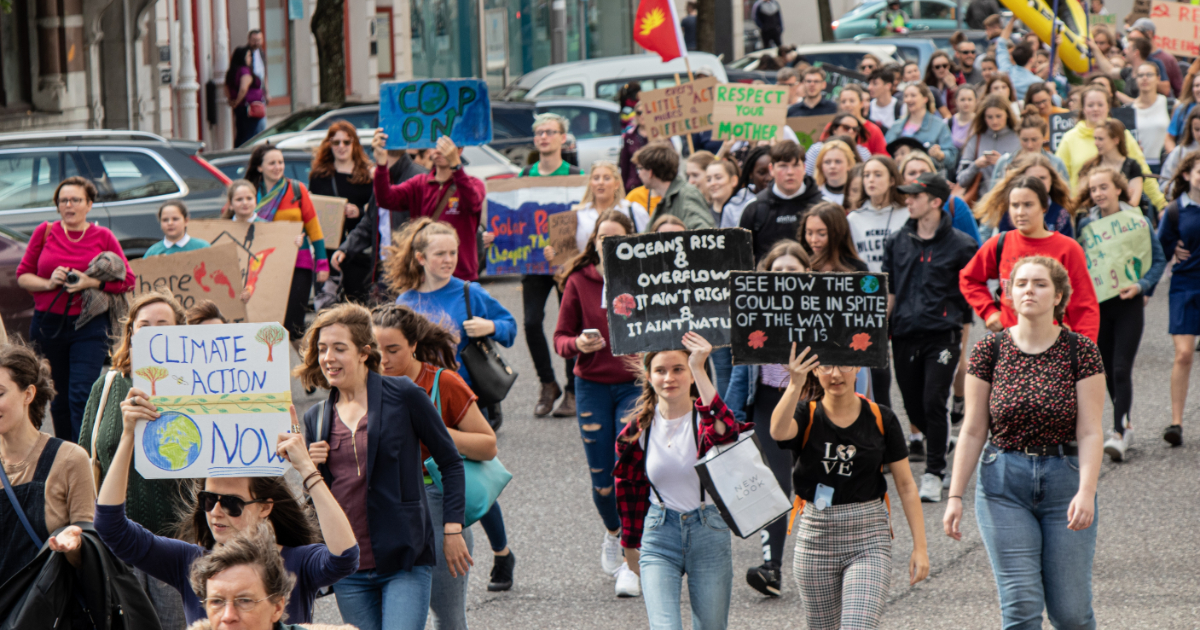 To celebrate our first 50 years at The Santa Barbara & Ventura Colleges of Law, we’ve asked our students to revisit historical and noteworthy cases.

Juliana v. the United States highlights the fight for the next generation’s climate rights.

One of the most infamous leaders of global environmental issues today is 16-year-old Greta Thunberg from Sweden. Wise beyond her years, and seemingly wiser than the global leaders she confronts, she is the face of a growing youth movement for climate rights. If children will be disproportionately affected by the effects of a changing climate than who better to litigate the issue?

Before Thunberg’s “Fridays for Climate” strikes, 21 bold youth filed a constitutional climate lawsuit in 2015. Juliana v. the United States asserts that the government has failed to protect their interests. The plaintiffs allege that the federal government—controlling over a quarter of Earth’s greenhouse gas emissions—has no plan to constrain emissions to levels that do not threaten the ecological functions of the planet. Because of this, the plaintiffs demand swift action to address an immediate danger.

Juliana v. the United States asks the government to address an impending threat by preparing and implementing an enforceable plan to stabilize the climate system in accordance with the best available science. The plan must (1) fully phase out fossil fuel emissions and (2) extract existing excess atmospheric CO2.

The case demands that climate change joins the ranks of other landmark human rights issues that have required the court’s intervention—desegregation, marriage equality, and legalized abortion. The litigation strategy might be unorthodox, but it matches the severity and intensity of the threat.

The lawsuit uses “Atmospheric Trust” litigation to hold governments responsible for actions related to climate change. This litigation demands that the atmosphere be held in trust for the public and that the government devise a comprehensive strategy to protect the atmosphere and address carbon emissions. The plaintiffs’ assertion that by not acting to prevent climate change, and by promoting known causes, the government has violated constitutional rights to life, liberty, and property, as well as failed to protect essential public trust resources.

The public trust doctrine holds that certain natural and cultural resources should be preserved for public use and that the government has a responsibility to protect and maintain these resources. If the U.S. has known that carbon dioxide pollution from burning fossil fuels was significantly accelerating dangerous climate change, has it failed to protect the next generation? Should the government be held accountable? Has the government acted with a deliberate indifference to the peril they knowingly created? These are the questions forced by this groundbreaking lawsuit.

The plaintiffs and their rights

Surprising many, the plaintiffs in the case have been given standing to sue, meaning the court has recognized that the youth have endured a “direct harm” and share that harm with most of the population or future population. This harm gives them standing to seek a remedy. The plaintiffs demonstrated that they had suffered particular and concrete injuries (think asthma, droughts, wildfires, floods, and harm to agricultural crops). The court found that the cause of the youths’ injuries was “fairly traceable” to the government’s actions and that the courts had the ability, at least partially, to remedy these injuries.

The Juliana plaintiffs allege that the U.S. government knew the harmful impacts its actions (or inactions) would have on the climate. They allege that the government continued its policies and practices of allowing the exploitation of fossil fuels creating long-lasting damage persisting for millennia. If this is proven true, the government acted with deliberate indifference to the peril it knowingly created and accelerated, and it continues to act with such dangerous indifference.

The federal government and the environment

The United States also has a significant history in studying climate change, beginning to change course, and then reversing course (coinciding with the political party in the Oval Office). The U.S. government has known for a very long time that a climate crisis was materializing. In 1986, the Senate Committee on Public Works and the Environment wrote a letter to the U.S. Environmental Protection Agency acknowledging “a very real possibility” that we are “irreversibly altering the ability of our atmosphere to perform basic life support functions.”

The Trump administration’s march against climate progress has been swift and systematic. It has enacted significant rollbacks on executive actions on regulation of carbon emissions, making it easier for corporations to extract fossil fuels.

The government does not have a legitimate basis to affirm climate denier rhetoric given the tidal wave of information on climate science. In fact, the government has argued for the dismissal of the Juliana case, not based on an attack on climate science but rather by playing a technical legal game (political question, standing, and the ability of the court to fashion a legally sound remedy). Should the current administration be allowed to reduce the scope of its own authority given all the government has previously acknowledged about climate change? The plaintiffs in Juliana are forcing this issue.

Shifting political winds are driving the U.S. government’s action, or inaction, on climate change—potentially the largest threat to life on Earth. Without a clear moral and legal mandate, the U.S. is left rudderless, and in some cases drifting backward. If a threat as existential as climate change is to be taken seriously, should it be up to a political party to decide the outcome?

One of the most important questions to be decided may very well be whether our nation is able to recognize and accept intergenerational responsibility. For the sake of our children, let’s all hope so.

Ariana Katovich is a 3L student at The Santa Barbara & Ventura Colleges of Law. Ariana has a diverse experience in non-profit management, strategy, fundraising, outreach, and advocacy. Ariana is the former Director of Operations for Cutting Edge Capital and Cutting Edge Counsel.  She also worked over a decade as a Director for the Earth Island Institute, facilitating habitat restoration initiatives.  She won the David Brower Youth Award in 2000 for starting the UCSB Coastal Fund, which to date has generated over 5 million dollars for shoreline preservation at UCSB.

If you would like to learn about The Santa Barbara & Ventura Colleges of Law, fill out the form below to request more information. Or you can apply today through our application portal.