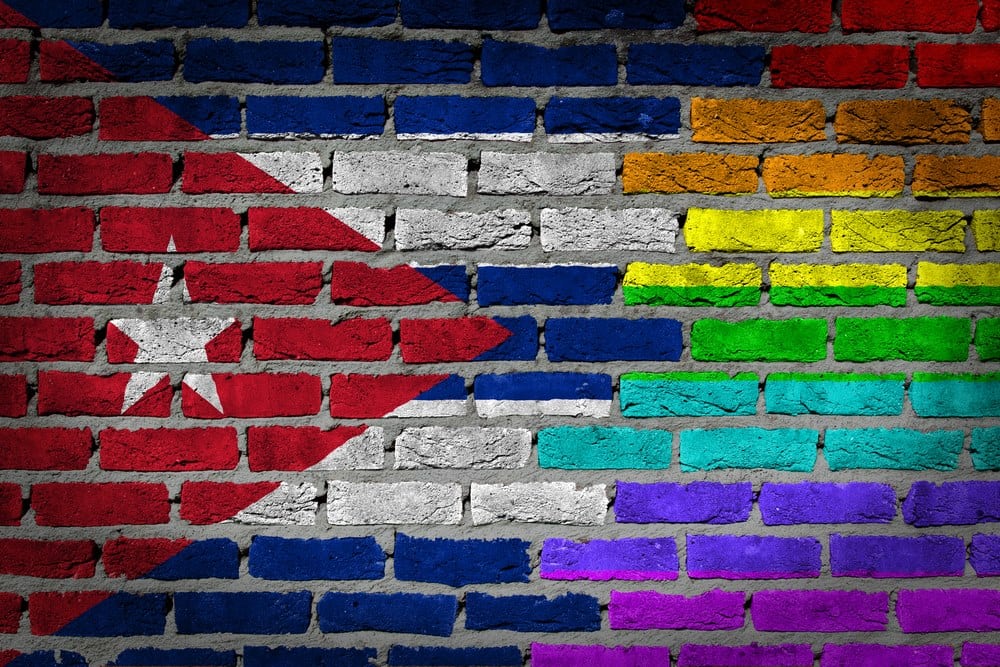 The Cuban Constitution “prohibits and punishes any form of discrimination that is harmful to human dignity”—unless you’re gay.

During a recent trip, I discovered that what the law promised was not always the reality for the gay community in Cuba.
As part of a study abroad program with Colleges of Law, I was studying the Cuban legal system, when a chance romantic encounter led to a unique experience.

I connected with someone on the first full day we were in Havana. It was a wonderful romance. We talked, we danced, and ate great food. But there was at least one time when my new friend and I were forced to hide our affection. One night, as we walked hand-in-hand along the Malecon—a 5-mile-long seawall along the coast of Havana—a policeman walked toward us. My friend quickly let go of my hand. After we were a safe distance from the police, he explained, “We don’t hold hands in front of the police.”

Article 42 of the Cuban Constitution prohibits and punishes any form of discrimination that is harmful to human dignity; in 1948 Cuba was among the first countries to sign the Universal Declaration of Human Rights, declaring that every individual has the right to freedom of expression. During the course, we heard from Cuban lawyers, judges, and other legal professionals who demonstrated that they believe these constitutional guarantees are robust and secure for all Cubans. But I quickly learned what my friend and others in the Cuban gay community have known for a long time: Cuba does not extend these rights to them.

A history of discrimination in Cuba

Gays and lesbians have a long history of discrimination by the Cuban government. Fidel Castro, who took power in 1959 after the revolution, declared homosexuality counterrevolutionary. In a 1965 interview, Castro said, “We would never come to believe that a homosexual could embody the condition and requirements of conduct that would enable us to consider him a true revolutionary, a true communist militant.” In other words, a revolutionary man could not be gay.

Beginning in 1965, gays and other “undesirables” were placed into concentration camps known as Military Units to Aid Production, or UMAPs by their Spanish acronym. Forced labor was used to “reeducate” gays and they became subject to beatings, food deprivation, and harsh work conditions under the hot Cuban sun. Signs at these camps read, “Work will make you men.” After international criticism and protests of the UMAPs, the Cuban government closed them down.

Toward the end of his reign as head of state, Castro accepted responsibility for the mistreatment of gays. In a 2010 interview, he acknowledged that past transgressions against homosexuals while he was in power were a great injustice. But the damage had already been done. After the revolution, Castro envisioned a utopia for Cuba, but that vision did not include gays. To this day, Cuba remains under the influence of, what one professor called, the “machismo of Latin America.” Societal discrimination based on sexual orientation persists.

The 33rd Annual Report on Human Rights to Congress stated that Cuban police routinely swept gay areas in Cuba and harassed gay men by fining them or threatening them with prosecution for “social dangerousness.” I asked my friend if he had first-hand experience with the wide discretion given to the police that gave them license to essentially discriminate and harass the gay community. He said no but he knew close friends who had, describing beatings and expensive fines his friends had endured at the hands of Cuba’s law enforcement.
I was shocked to learn that something as simple and innocent as holding hands in public could cost a gay couple around 30 CUCs, a very expensive price to pay for a show of affection for any Cuban citizen. I didn’t question any further because I could sense that he was sensitive and uncomfortable about the topic.

In spite of a history of oppression, gay rights seem to be headed in the right direction. Although societal discrimination persists, the law prohibits discrimination based on sexual orientation in employment, housing, or access to education or health care. Mariela Castro Espín, President Raúl Castro’s daughter, is an outspoken advocate for gay rights. She currently heads the National Center for Sexual Education and has called on the Communist Party to eliminate any discrimination that remains. In May, she will lead Havana’s 5th annual gay pride week that they call the International Day Against Homophobia (IDAHO). As with any gay pride event, IDAHO is a small, important step to show support and solidarity for the gay community in Cuba.

So was this a fleeting romance? I hope not. I’m definitely willing to go back and see where things can go with my new friend. I know that any change to the discrimination against Cuban gays and lesbians will be a very slow process. But at least when I go back I will be more aware of what conduct is acceptable in public, why things are the way they are, and where things may be headed in Cuba. Hopefully a day will come when any two men in Cuba can hold hands in public without fear of harassment from the police.